Dec 19, 2013 (Thu): U Mobile Sdn Bhd has officially announced the availability of its Long Term Evolution (LTE) or 4G internet service, offering customers high speed mobile internet of up to 75 megabits per second (Mbps) and becomes the first telco to offer 4G LTE services to prepaid subscribers in the country.

At the initial stage, U Mobile customers can enjoy its 4G LTE services in selected areas within Klang Valley such as Bandar Sunway, Subang Jaya, Puchong and Berjaya Times Square as well as Taman Molek in Johor Bahru.

In conjunction with the 4G LTE launch, U Mobile will be offering attractive promotional LTE device bundle-plans starting from 17 December 2013 to 31 January 2014. Customers can now take home a Samsung Galaxy Note 3 at a price of RM999 when they sign up for the Ultimate Device 158 plan with a commitment fee of RM120 per month. 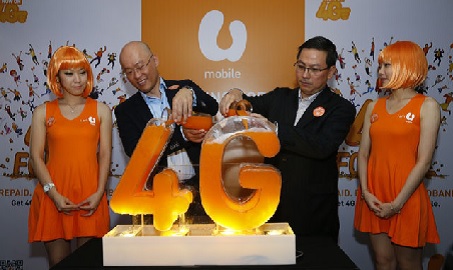