25 February 2021 (MY) – The PUBG MOBILE esports program kicked off 2021 with the PUBG Mobile Club Open (PMCO). The PMCO Spring Split is the entry gate to a range of PUBG MOBILE tournaments. In the PMCO MY/SG Spring Split 2021 Grand Final (21/02), the Malaysian R2K Team was crowned as the champion. They took home a prize of $4,000 and successfully secured their position in the PUBG Mobile Pro League (PMPL) MY/SG Season 3. Overall, R2K Team was able to achieve a total 130 points with 2 Winner Winner Chicken Dinner and 61 kill points from total 12 matches on this final stage.

R2K’s battle to the top spot was very tight and intense against TRX Legends with a difference of only 1 point. In addition to the R2K Team, the top 4 teams in PMCO MY/SG Spring Split Finals included TRX Legends in second place, MPX RedLine, and Homebois. These teams will directly enter PUBG MOBILE Pro League Season 3 (PMPL S3) to compete and face Malaysia’s best teams in the next stages. The TRX Legend squad, who finished second, showed consistent performance from the qualifying round and solid skill that took them to the top two. The Homebois team which came in fourth place in this tournament, also won the title of ‘Most Favorite Team’ during the PMCO MY/SG Spring Split 2021.

The final round of the PMCO MY/SG Spring Split 2021 Grand Final, was streamed live on the official PUBG MOBILE Malaysia Youtube channel and Facebook Gaming pages, and this first-class esports event has entertained millions of fans and the PUBG Mobile community.

The contestants in the upcoming PMPL Season 3 event, which will include the four Malaysian semi-pro teams who just qualified from the PMCO Spring Split, have the opportunity to advance in PUBG MOBILE Global Championship (PMGC). The PMGC is PUBG MOBILE’s most prestigious tournament with a prize pool almost trebling that of the previous edition ($5,000,000 to $14,000,000)!

“We are proud of all teams that have participated and have shown a remarkable performance along this tournament, starting from the group stage qualification up to the grand finals. PMCO Spring Split 2021 is an ecosystem that we designed to grow new and talented players. Through this program, PUBG MOBILE dedicated to provide opportunities for every team from each country to show up their skills, win the tournament prize and advance to be a professional player in the world of mobile esports,” said Gaga Li, Head of PUBG Mobile SEA Esports.

The PUBG MOBILE esports ecosystem began in 2018 with grassroots events across the world, and 2020 saw the completion of the amateur to pro circuit with the introduction of the PUBG MOBILE Global Championship (PMGC), PUBG MOBILE Pro League (PMPL), and the major expansion of the PMCO. In 2021, the PUBG MOBILE esports ecosystem will expand to more regions with more professional esports support and bigger prize pool. The program now supports competitors of all levels from amateur to semi-pro and pro across multiple countries and regions, ensuring a clear path for talented players to progress. 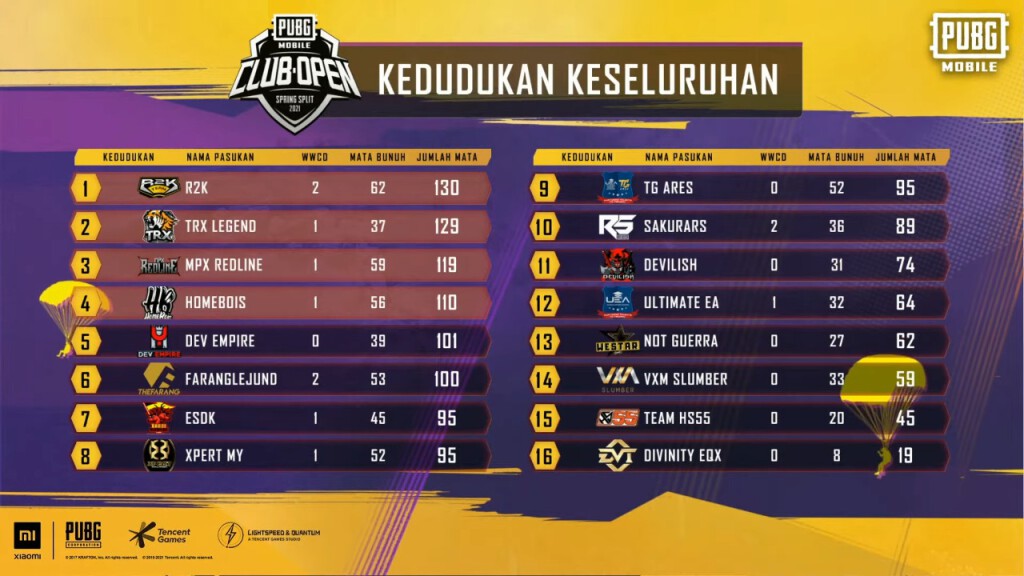