Payment frauds in Malaysia remains low and continues to decline 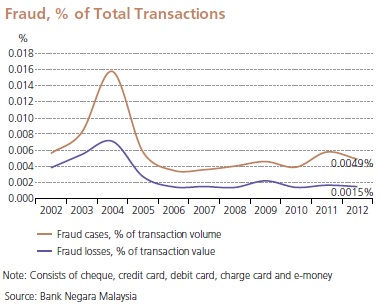 The report shows card fraud remained as the most common form of payment fraud among Malaysians with an average loss of 0.03 per cent or 30 sen for every RM1,000 transacted. However, the card fraud level still considered low if compared with other countries including developed countries, thanks to the implementation of chip-based cards in 2004 and 2005. 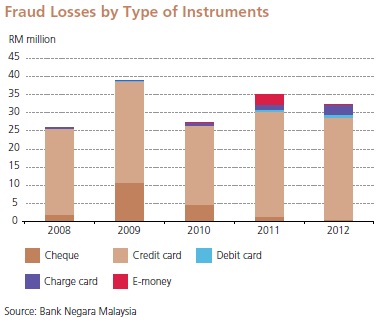 About half of total card fraud losses last year were from card-not-present (CNP) transactions which made via the Internet, mail and telephone, especially involved with foreign e-commerce merchants in countries that have yet to adopt the additional security feature such as Verified by Visa and MasterCard SecureCode for e-commerce purchases. However, Malaysian cardholders and issuers are protected by the chargeback mechanism against losses from the fraud. Bank Negara Malaysia urges the issuers and acquirers of debit and charge cards to enhance security measures for these payment instruments as the said instruments accounted for about 80 per cent of CNP fraud. 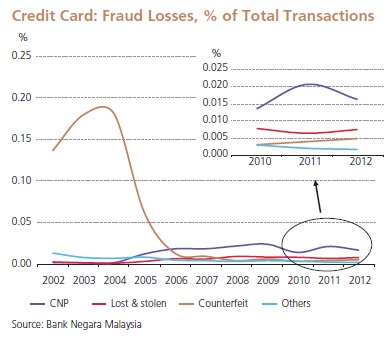