The report says myer.com.au crashed just half an hour after the launch of its annual stocktake sale on Tuesday night due to unprecedented traffic. The site would be back up in about an hour but the site was still experiencing difficulties more than two hours after crashing. 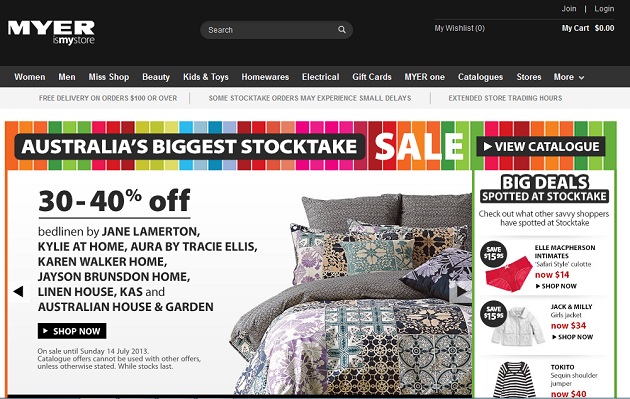