Wed, Jun 12, 2013: The CB Insights’ recent Asian eCommerce Report reveals that Asian e-commerce companies have attracted US$6.9 billion (RM21.72 billion) across 383 deals from venture capital investors since 2010. The report shares the deal volume and funding activity to the region are up 31 per cent and 56 per cent year-over-year respectively. However, the exit activity among e-commerce companies is increasing but only happens to small and not at venture-level. 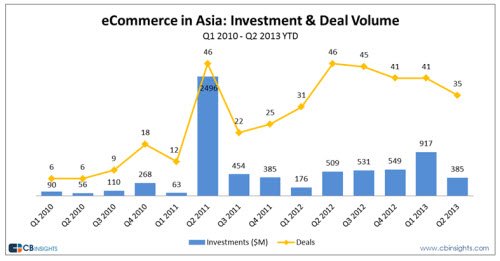 India leads on financing deal activity in e-commerce companies and had 150 e-commerce deals since 2010, including funded to Amazon competitor Flipkart and eBay-backed Snapdeal. 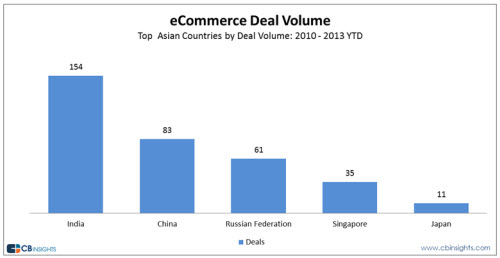 But for China, it leads on e-commerce investment volume and received total investment of US$4.8 billion (RM15.11 billion) from investors since 2010. In Russia, majority of the deals (61 deals) went to apparel or travel companies. 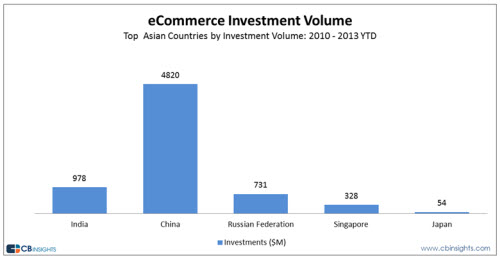 The report also says that the most consistently large area of investment across Asia has been to Apparel & Accessories which has consistently taken 25 per cent of total deals. 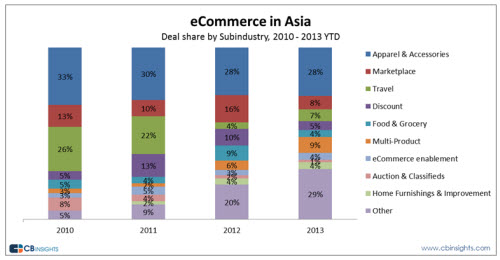