Measuring The Urban vs Rural Connectivity Gap In Malaysia

Opensignal analysed 4G Availability from its users across the country and cross referenced this data against census data from the Malaysian Government. Opensignal found that while its users in the most densely populated districts could connect to 4G networks 83.7% of the time, users in the most sparsely populated districts spent just 44% of their time on 4G networks — a difference of almost 40 percentage points.

Until 5G networks are rolled out, 4G remains the optimal connectivity option for users due to faster speeds and better performance, but many users can still access the internet through 2G and 3G networks.

When Opensignal examined the time users spent connected to all mobile data networks (3G and 4G services combined), the gap between urban and rural areas diminished. However, 3G/4G Availability still dropped at least 25 percentage points, from 97.6% in the most densely populated areas to 72.9% in the most sparsely populated districts.

In the report, Opensignal recognizes the initiatives that will close the digital gap in Malaysia: The National Fiberisation and Connectivity Plan (NFCP) recently launched by the government and and USP “Time 3”, launched by the Malaysian Communications and Multimedia Commission (MCMC). 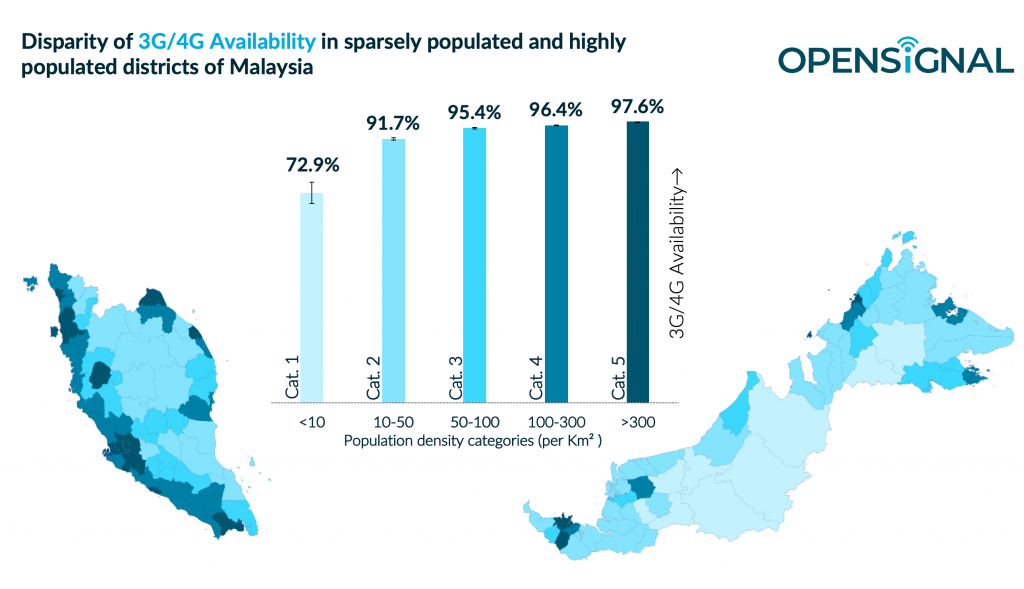 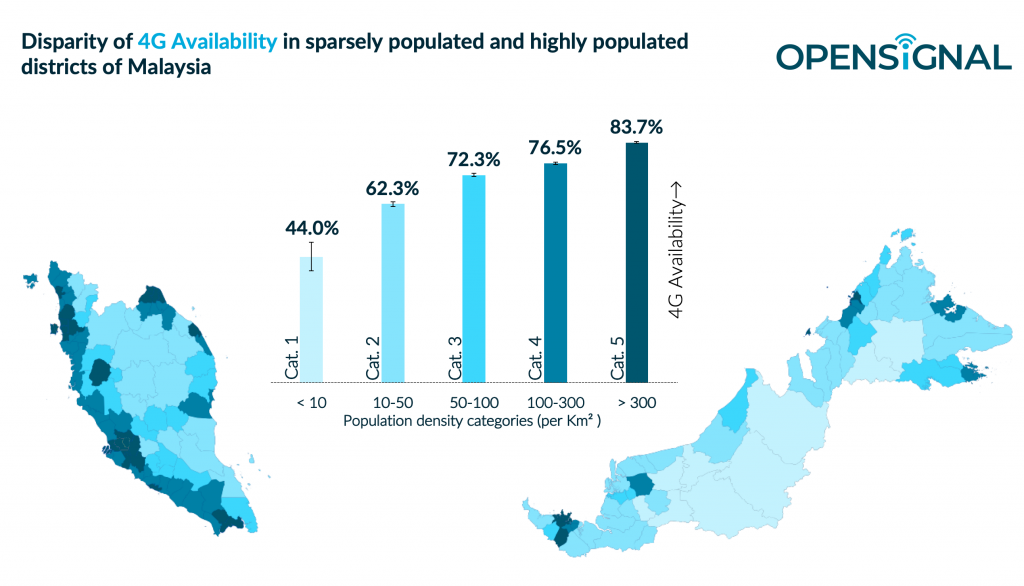 The full report can be viewed at the following URL: https://www.opensignal.com/2019/10/31/malaysian-users-in-thinly-populated-rural-areas-connect-to-4g-just-44-of-the-time-0