MALAYSIA: MasterCard on Wednesday published the result of its latest online shopping survey which was conducted across 25 markets including 14 markets in Asia/Pacific region between November and December last year.

The survey revealed that Indonesians top the region with more than half of respondents (54.5%) using smartphone to purchase online in the last three months, followed by China (54.1%) and Thailand (51%). About 40 per cent of the respondents from Hong Kong, South Korea, and Singapore shop online via mobile phone. The least likely to shop online via their mobile phones, though, are respondents from New Zealand (18.2%), Australia (18.7%), and the Philippines (21.4%).

According to the survey, the most favourite product sold online in the region is coupons/deal which consists of 40 per cent of the participating respondents, followed by music downloads (36%), fashion-related items (35%). 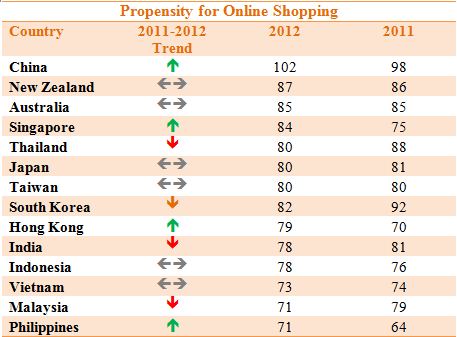