Jan 13, 2014 (Mon): LINE is introducing LINE whoscall, a service that allows Android smartphone users to identify the source of and block calls and text messages from unknown numbers. LINE whoscall is a reworked surface based on “whoscall” specifically for LINE users Whoscall is a separate version of the app which has been downloaded over 6 million times worldwide and was selected as one of Google Play’s Best Apps of 2013 in eight regions, including Taiwan, Hong Kong, Indonesia, and Malaysia. LINE will release a version for iPhone users but the release date is not yet confirmed. 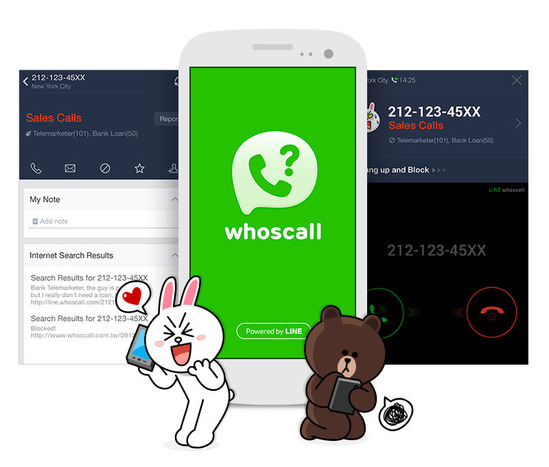