Fri, Jun 14, 2013: Kaspersky Lab’s team of experts published a new research report about NetTraveler, which is a family of malicious programs used by APT actors to successfully compromise more than 350 high-profile victims in 40 countries. The NetTraveler group has infected victims across multiple establishments in both the public and private sector including government institutions, embassies, the oil and gas industry, research centers, military contractors and activists.

According to Kaspersky Lab’s report, this threat actor has been active since as early as 2004; however, the highest volume of activity occurred from 2010 – 2013. Most recently, the NetTraveler group’s main domains of interest for cyberespionage activities include space exploration, nanotechnology, energy production, nuclear power, lasers, medicine and communications.

During Kaspersky Lab’s analysis of NetTraveler, the company’s experts identified six victims that had been infected by both NetTraveler and Red October, which was another cyberespionage operation analyzed by Kaspersky Lab in January 2013. Although no direct links between the NetTraveler attackers and the Red October threat actors were observed, the fact that specific victims were infected by both of these campaigns indicates that these high-profile victims are being targeted by multiple threat actors because their information is a valuable commodity to the attackers. 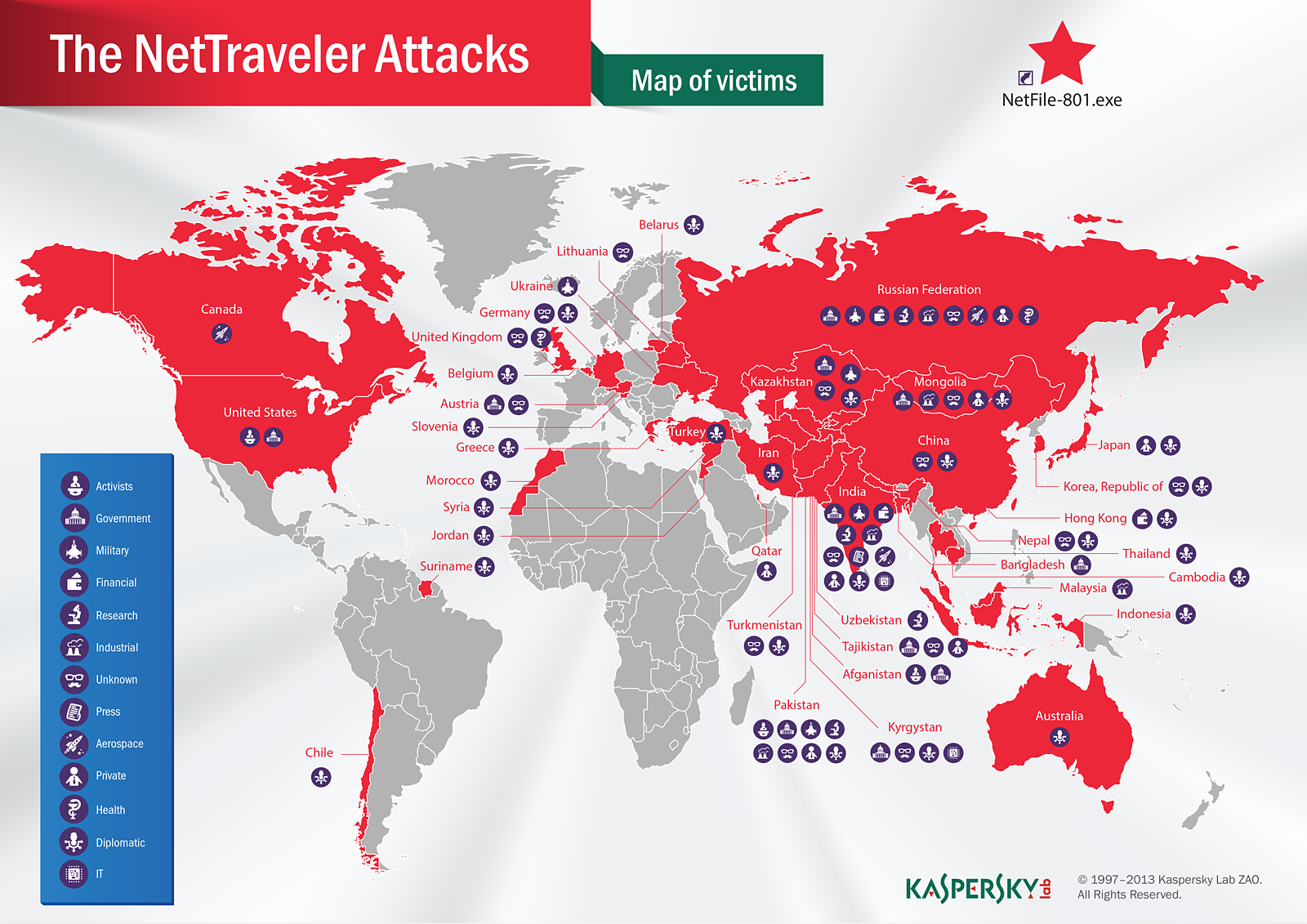