Sat, Jun 21, 2013: According to the results of Kaspersky Lab’s “The evolution of phishing attacks 2011-2013” survey, the number of Internet users who faced phishing attacks over the last 12 months has grown from 19.9 million to 37.3 million, an increase of 87 %. Facebook, Yahoo, Google and Amazon are among main targets of cybercriminals. The study, which was carried out in June 2013 based on data from the Kaspersky Security Network cloud service, shows that what was once a subset of spam has evolved into a rapidly growing cyberthreat in its own right. 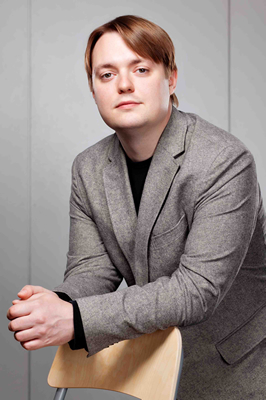 Phishing is a form of Internet fraud in which criminals create a fake copy of a popular site (an email service, an Internet banking website, a social networking site, etc.) and try to lure the users to these rogue web pages. The unsuspecting user enters their login information and passwords into these carefully forged websites as they normally would, but these access credentials are instead sent to the cyberiminals. The scammers can then use this stolen personal information, bank credentials, or passwords to steal the users’ money, to distribute spam and malware via the compromised email or social networking accounts, or they can simply sell their databases of stolen passwords to other criminals.

For a long time, phishing was regarded as a variation of typical spam emails. However, the data from this survey confirms that the scale of phishing attacks has reached such a significant level that they should be regarded as a dangerous threat category of their own, not merely an off-shoot of general spam. In fact, email is no longer the most common delivery mechanism for phishing emails. For example, only 12 % of all registered phishing attacks were launched via spam mailings. The other 88% of cases came from links to phishing pages which people followed while using a web browser, a messaging system (Skype, etc.) or otherwise interacting with the computer.

During the survey, Kaspersky Lab specialists compared data on phishing attacks from over 50 million Kaspersky Security Network users between 1 May 2012 and 30 April 2013 with figures for the equivalent period of 2011-2012.

“The volume and variety of phishing attacks detected during the survey indicates that phishing is not merely one tool among many for the illegal enrichment of fraudsters, but represents a significant and visible threat. These attacks are relative simple to organize and are demonstrably effective, attracting an increasing number of cybercriminals to this type of illegal activity. The volume of phishing attacks, which according to Kaspersky Security Network nearly doubled in a single year, confirms this trend”, said Nikita Shvetsov, Deputy CTO (Research) at Kaspersky Lab.

The full report ‘The evolution of phishing attacks 2011-2013’ is available here.