Infographic: State of the Internet for Asia Pacific Region in Q4 2012

Akamai, which helps enterprises accelerate innovation in the hyperconnected world by removing the complexities of technology, will publish its “State of the Internet” report in every quarter, based on data gathered across Akamai’s global server network. “State of the Internet” highlights attack traffic, connection speeds, Internet penetration, broadband adoption and mobile usage as well as trends seen in this data over time. 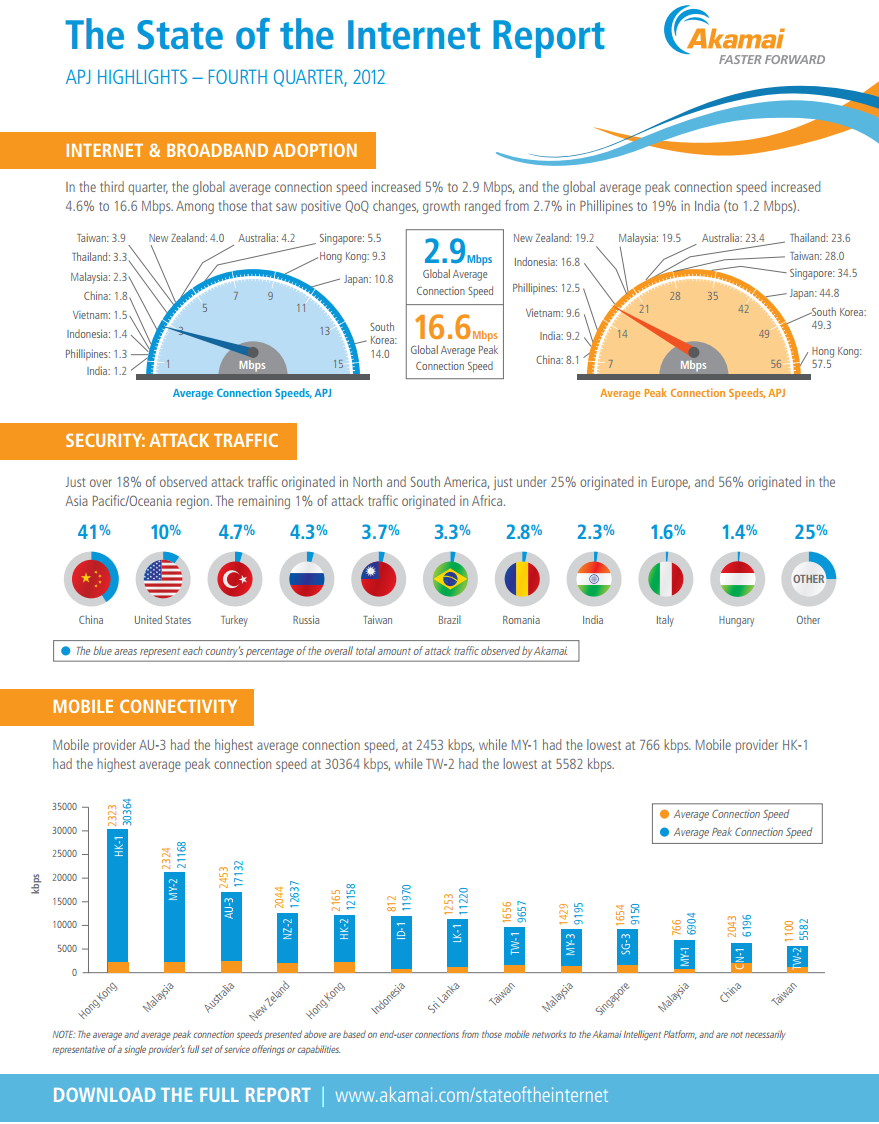