Feb 10, 2014 (Mon): VIPPlaza.com, a premier flash sales site has been launched in Indonesia that focusing on mid-range brands such as Levi’s, Guess, Hellolulu, Triumph and New Balance with discount up to 80 percent. All the deals offered are last for seven days.

According to Tech In Asia, VIP Plaza is founded by Tesong Kim, the former director of Rakuten Indonesia and Yoga S. Sugiharto who has a background at investment bank BNP Paribas. E27 recently reported that CyberAgent Venture has invested into this Indonesia based e-commerce site but the amount of investment was not disclosed. 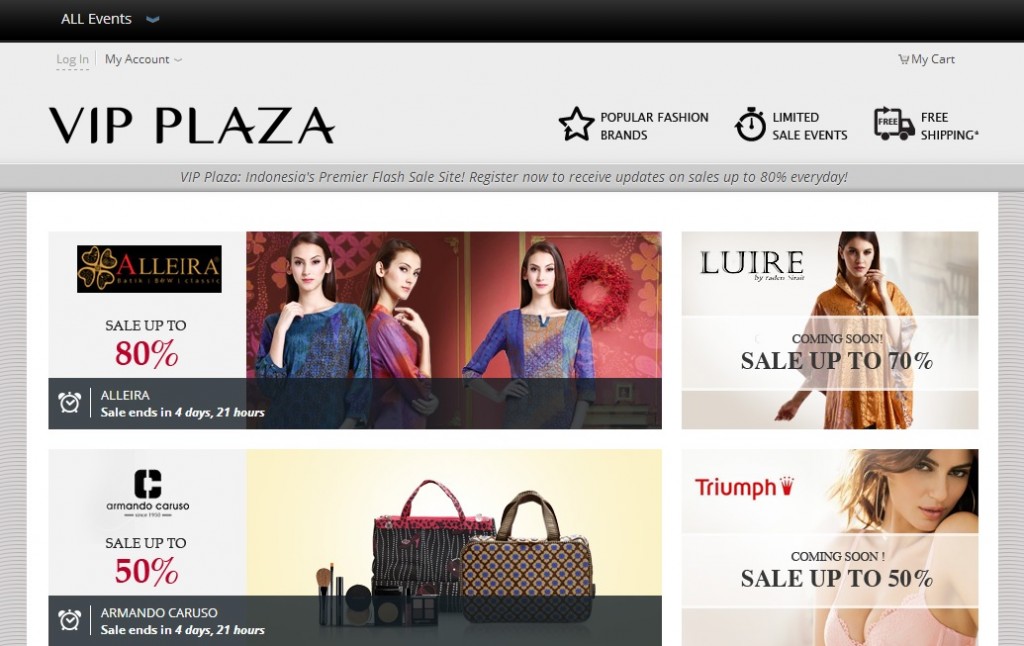