Don’t be a next victim of e-banking scam

Most of the e-banking scams happened in Malaysia found to defraud victims or stealing their personal information including financial information via email, SMS and phone. In conjunction with the launch of 2013 e-Banking Awareness campaign by the Association of Banks in Malaysia, we will be share more information about e-banking scam as well as prevention tips.

Email scam or commonly known as phishing involves a fraudster randomly sending forged emails purportedly from financial institution or publicly known organisations to lure victims into revealing their internet banking login credentials, email credentials, credit card numbers and other financial information which can be used to perform transactions not authorized by the victims. These emails are designed to appear legitimate to gain the trust of the recipient. The content of the email typically attempts to inflict a sense of urgency and panic in order to trick customers into revealing confidential information on a fake website/popup.

SMS scam usually involves SMS initiated by a fraudster to trick victims into believing that they have won a contest or reward and which attempt to lead them into compromising their banking information and/or create an internet banking facility without the victim even realising it. About phone scam, the fraudster usually attempts to obtain sensitive information over a voice call. The fraudster normally tries to gain the victim’s trust by impersonating a credible individual such as a banking authority or a police investigation officer. Victims may not verify the received calls purportedly made by such persons thinking that the calls are from regulators so called, to avoid embarrassment or as a result of “warnings” given by the “officer”.

Don’t be a victim of next e-banking scam. Learn more how to avoid yourself to fall into e-banking scam trap via the following infographics: 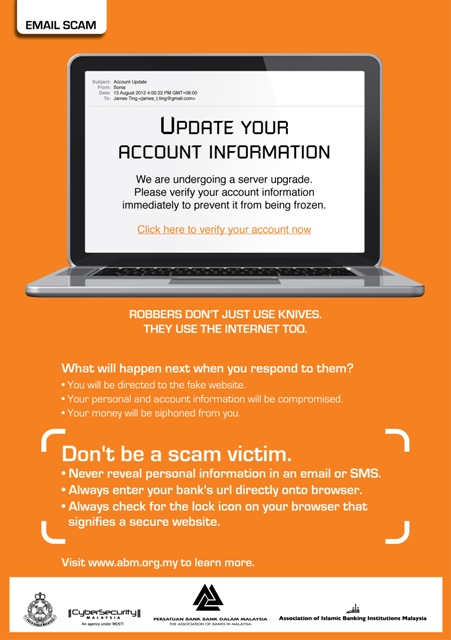 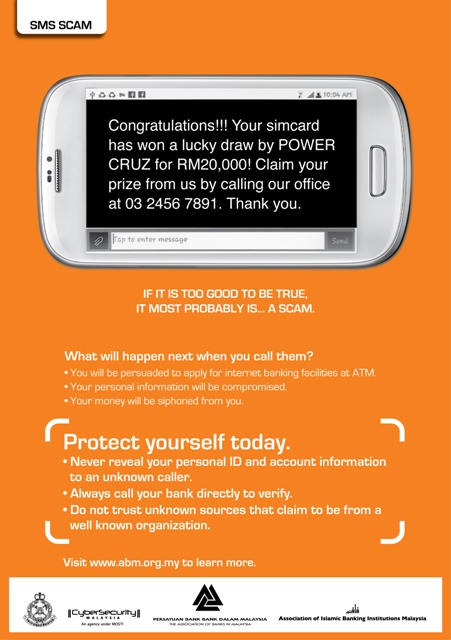 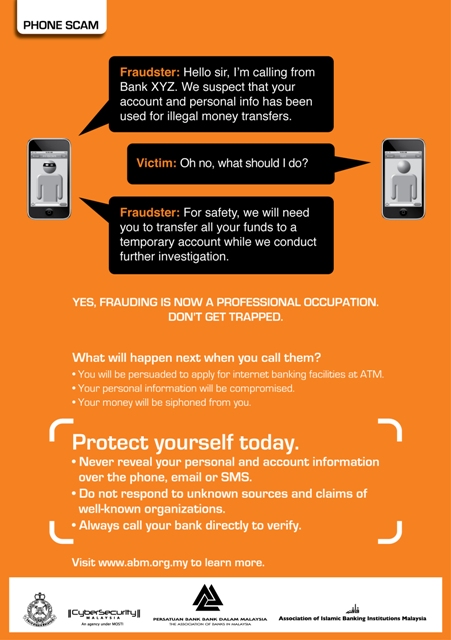