The key highlight of the Summit was the induction of Raman Roy, Group Managing Director, Quatrro Global Services into the “Outsourcing Hall of Fame”, the most prestigious award available to individuals working in the field of outsourcing. Recipients are awarded not only for their contributions to the management practice and industry of outsourcing, but also for their contributions to society at-large.

During the event Michael Corbett, the Chairman of IAOP talked about Raman Roy’s achievements in both commercial and socio-economic platforms and how the award was a much needed recognition of Raman’s unparalleled contributions to the global sourcing industry.

The top winners for the Outsourcing Malaysia Excellence Awards were choosen after rigorous assessments and judging by independent and renowned leaders from various parts of the world. The winners are as follows: 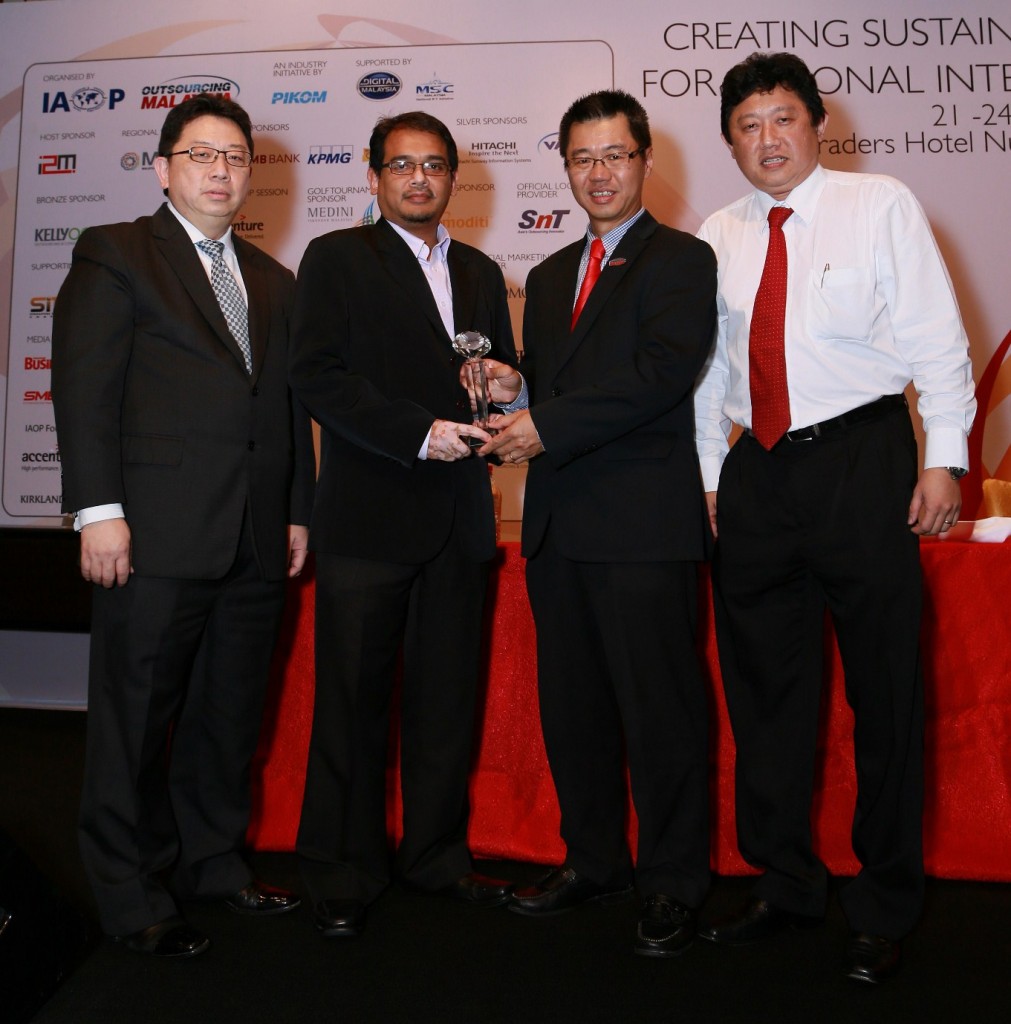 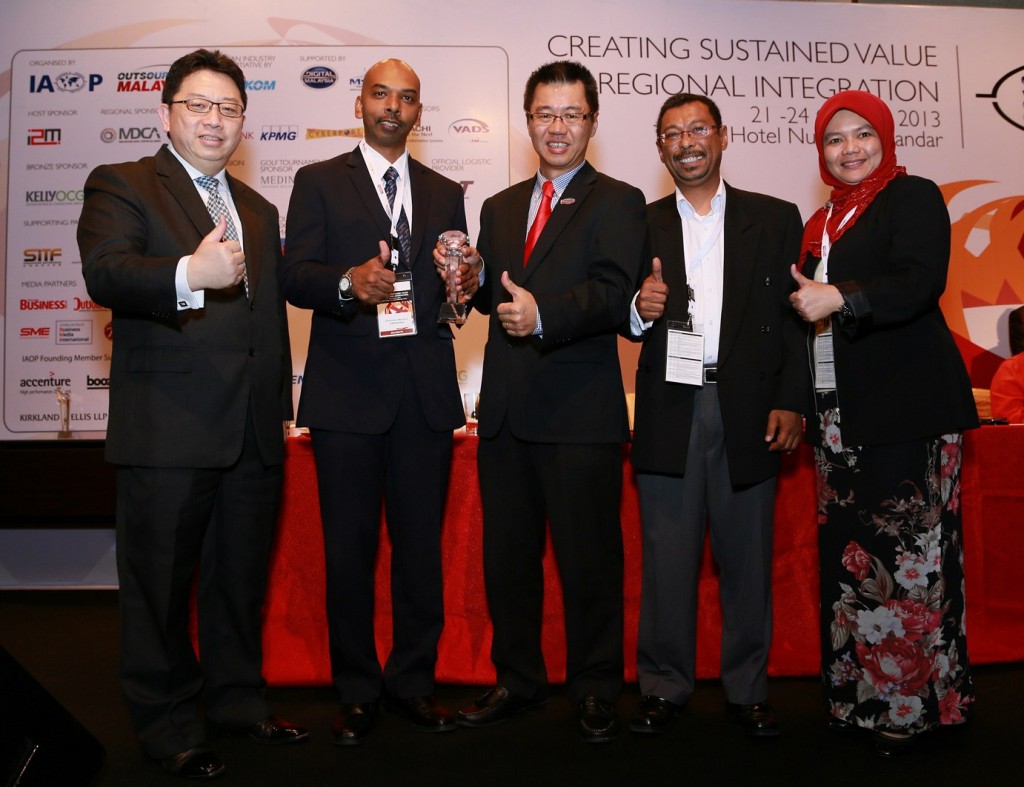 David Wong, Chairman of Outsourcing Malaysia (OM) and the Group CEO of SnT Global Group said, “Each year deserving companies that have showcased excellence in the way they do business, or create valuable service for the betterment of their customers’ business, are duly recognised by OM. The OM Excellence Awards 2013 saw a tough contest as there were numerous applications that scored close in each award criteria requirement, but the final winners are definitely the best in their field for this year. Our heartiest congratulations to each of them!”

From October 21 – 23, IAOP, in strategic partnership with OM hosted 300 delegates from 13 countries for the APOS 2013 summit at Iskandar, Johor which was organised under the theme Creating Sustained Value for Regional Integration

The summit brought together the worlds top outsourcing practitioners and business leaders who shared valuable insights into their businesses and the industry over various forums, talks and networking sessions.

Debi Hamill, CEO, IAOP observed that, “The Summit is one among many vehicles to institute a greater understanding of the best practices prevalent in the global souricng industry, while continuously educating the industry in the region and enabling professional development under the aegis of the Outsourcing Professional Standards.”

“This year’s APOS has been a great success and we look forward to the next four years of working hand-in-glove with OM in furthering the development agenda for the sourcing industry in the region with timely information that would contribute to both national and regional competitiveness,” she adds

Several key announcements were made at APOS 2013 including the unveiling of the much awaited outsourcing industry report titled ‘Malaysia’s Global Services Outlook.’

Amongst the other highlights was the announcement of development of the first phase of MSC Cyberport City in Kulaijaya, Iskandar by MSC Cyberport Sdn Bhd at a Gross Development Value (GDV) of RM626 million.

OM Chairman Wong ends, “As Asia’s outsourcing sectors grow at break neck speads, we need events such as APOS as a platform to continue discussing the key challenges that the industry faces. APOS is a crucial avenue for discussion for global leaders and practitioners to exchange ideas on how to sustain their business growth in an ever competitive environment.”