Free Fire esports enthusiasts and participants alike are in for a treat with the highly anticipated regional tournament, the MCP Majors, returning for its third season this month with a US$70,000 prize pool.

Registration for the In-Game Qualifiers for the tournament will be open to players in Malaysia, Cambodia, and the Philippines (MCP) region who meet the requirements – at least Level 20 and have Platinum 1 rank in Battle Royale mode – starting this Friday on 18 February, 5PM GMT+8. 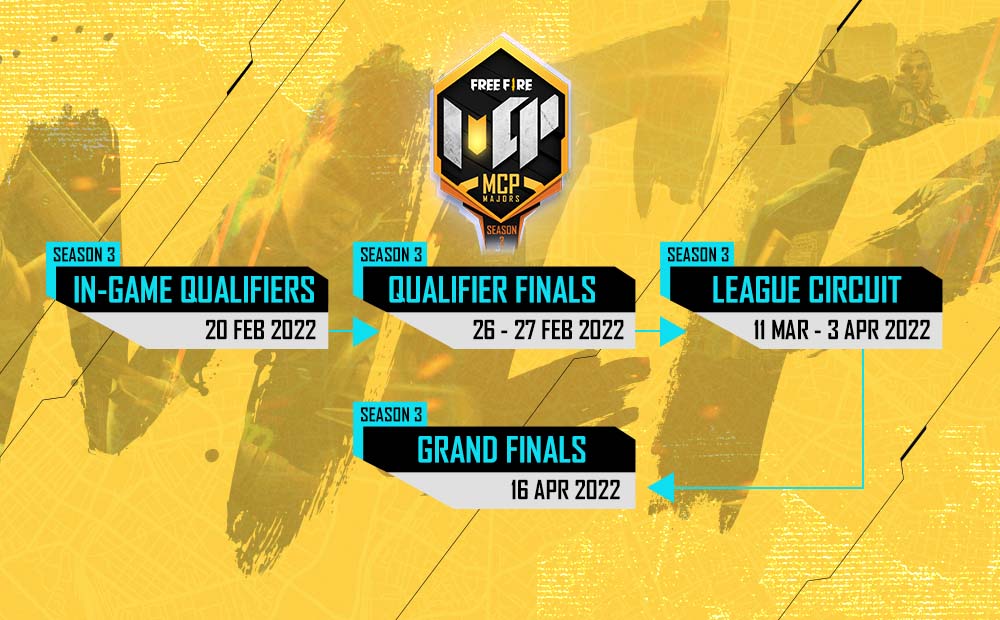 Registered teams will then duke it out during the match day on 20 February, from 1PM – 6PM, GMT+8. Survivors looking to participate in the tournament should register beforehand to secure a spot in the games.

Proceeding directly to the tournament’s Grand Finals are the winning teams from past tournaments – Todak, the FFCM champions, and Blacklist International, the MCP Majors Season 2 winner, among the qualifying top 12 teams. The full list of teams with direct invites will be released at a later date.

Following previous seasons, the MCP Majors Season 3 will determine the representative team for the MCP region in the upcoming international FFWS happening in May 2022, providing local and regional teams a chance to stand on the global stage with top players all over the world.