Thu, Jul 4, 2013: Yahoo! has announced its acquisition of Qwiki, a New York City based startup that released an iPhone app that can turn the pictures and video in your iPhone to a quick, beautiful movies including transitions and a soundtrack. The Qwiki app team will join Yahoo! in its New York City office. 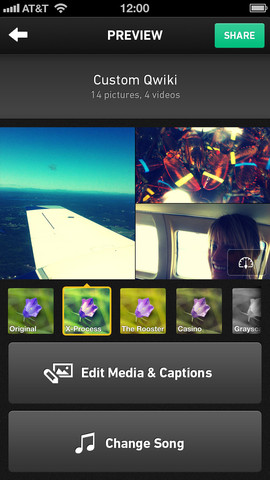