Home » THE LATEST » Spam in September: Ebola in “Nigerian” letters

October 23,  2014 (Thu): Spammers produced topical new versions of the old “Nigerian Letter” scam, this time based on the Ebola virus. According to Kaspersky Lab experts several mass mailings in September exploited this theme.

In September, we came across an email from a rich Liberian lady dying of Ebola. It contained a long story about her children who died from the virus and about a local medical center that refused to help her. She was willing to donate more than $1.5 million to a recipient who would transfer this money to appropriate charities.

The authors of another fraudulent mailing introduced themselves as employees of the World Health Organization and tried an unusual tack to attract attention – the reader was invited to a conference where Ebola would be discussed along with other medical issues. The recipient was also offered a job – paying 350,000 Euros a year – and a complementary car to take up a position as the WHO’s UK representative.

“Spammers routinely try to exploit breaking news and topical events. The scammers seldom miss an opportunity to use high-profile events to attract the users’ attention and convince them that these fraudulent emails are for real. So after the first news reports about Ebola emerged in July, it was no surprise to start seeing related mass mailings as early as September, exploiting the headlines to deceive recipients and extort money from them,” commented Tatyana Shcherbakova, Senior spam analyst at Kaspersky Lab.

Among the more unusual mailings of the month, we saw spam messages targeting collectors. English-language users were offered a free booklet on British medals from the First World War. The emails with the generous offer supposedly came from the SSAFA, a charity created to assist British war veterans and their families.

The full text of the September report is available on the Securelist website. 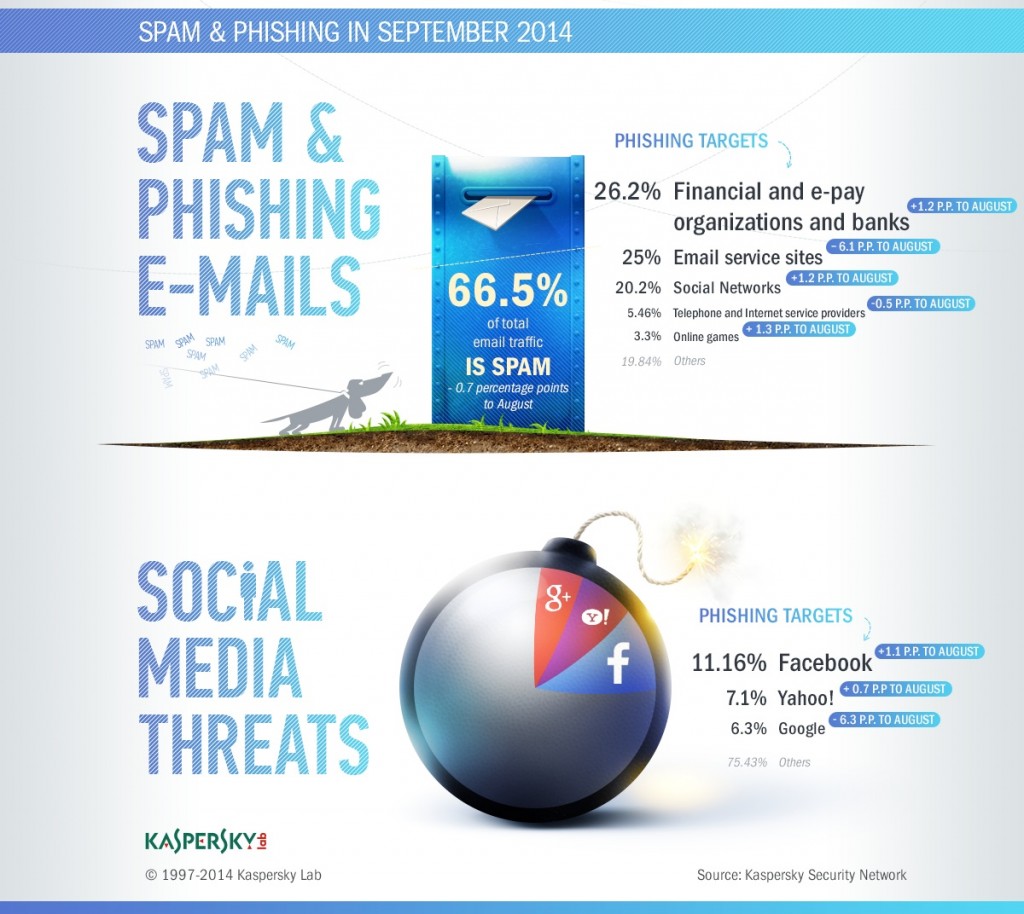