Malaysian football legend Safee Sali in collaboration with Prime Sports NFT; a sports NFT division under Prime Sports International (PSI) today unveiled the launch of the footballer’s ‘SEPULUH’ NFT (non-fungible token), a series of 10 limited edition digital collectables that will go on auction beginning 22 June 2022 via the digital NFT marketplace; OpenSea. Fans will have the opportunity to bid to become exclusive owners of 10 NFTs that will unlock unique benefits for its owners including an exclusive, once-in-a-lifetime opportunity to share the pitch with Safee himself, a framed print-out of the NFT and access to a private community channel for members.

Through a shared vision of elevating fan engagement and building a tight-knit community, Safee Sali partnered with Prime Sports NFT, an organisation aimed at nurturing opportunities for athletes and spearheading fan engagement initiatives. The partnership led to a collaboration with local artist Nicholas Chuan who worked hand-in-hand with Safee to design the collection. Hailing from Penang, the 20-year-old artist carries a portfolio of illustrations for world-renowned organisations such as UEFA, Formula 1’s Red Bull Racing, Liverpool FC and FC Bayern.

The inspiration behind the ‘SEPULUH’ stems from Safee’s recollection of his crowning achievement as he led Malaysia to its first-ever AFF Suzuki Cup in 2010 and went on to earn a golden boot as the top scorer of the competition that year. The NFT depicts Safee’s iconic celebration at the peak of his career which still remains one of his greatest feats on the international stage. “My vision for ‘SEPULUH’ was to capture my fondest memory in the Harimau Malaya jersey via digital art and enable fans to own a piece of my story as a collectable. My fans have been the pillar of support throughout my career and the ‘SEPULUH’ NFT opens the doors to forging closer bonds with them” said Safee Sali.

The launch of ‘SEPULUH’ NFT also marks the maiden project and brainchild of Prime Sports NFT, a trailblazer in the industry which aims to intersect the world of sports, arts and culture. Working collaboratively with various athletes, artists and partners in the region, the organisation played an instrumental role in the strategy, ideation and nurturing of the creative process seamlessly from start to finish with Safee. ‘SEPULUH’ NFTs also include a partnership with the Professional Footballers Association of Malaysia (PFAM), where a portion of the proceeds will be donated and channelled towards promoting, advancing and protecting the interest of professional footballers in Malaysia.

Founder of Prime Sports NFT, Yong-Chul Yun said “Globally, digital assets are increasingly being rooted in the sporting world as means to fundamentally change how fans interact with their favourite teams and athletes. The launch of ‘SEPULUH’ NFT and the benefits it will unlock for its owners are a testament to that and we are excited to be enablers of this innovation. Our role in connecting Safee with a talented artist such as Nicholas has been truly rewarding and we are in the midst of working with more like-minded athletes, artists and organisations in Malaysia” said Yong-Chul Yun.

Nicholas Chuan, the artist behind ‘SEPULUH’ NFT said “I’m honoured to have had the opportunity to work closely with a national hero like Safee and to realise his vision for the digital asset. While the creative journey has been an enriching one, the experience working collaboratively with innovative minds in sports such as himself has been my greatest takeaway. Overall, I’m thankful to have my work recognised and I’m more excited to see the things in store for fans and owners of the ‘SEPULUH’”.

Beginning 22nd June 2022 at 12PM, Safee Sali’s ‘SEPULUH’ NFT goes live on auction via Opensea. Fans will have the opportunity to bid for a limited number of 10 NFTs in the collection until 11th July 2022, 11:59 PM. Minted on the Ethereum blockchain, the NFTs will unlock various benefits for its owners including curated experiences and private community channels with Safee Sali. 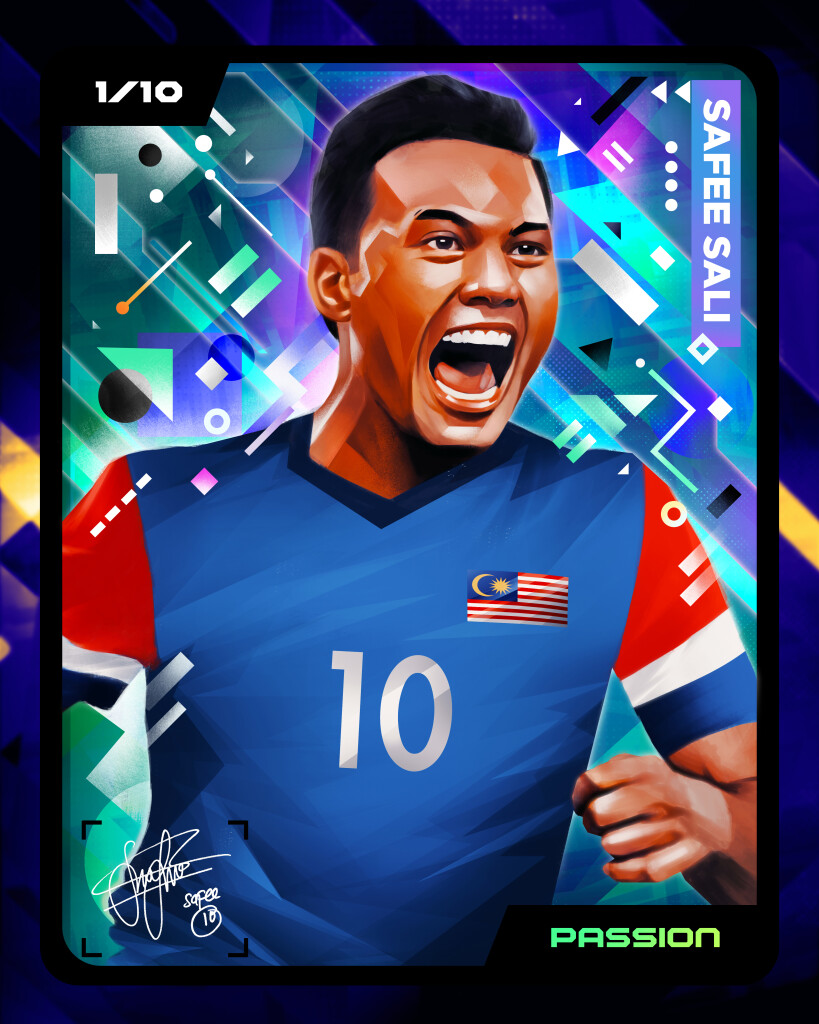