Oct 16, 2013 (Wed): Twitter has updated its mobile app to be optimized for Android tablets. Samsung Galaxy Note 10.1-2014 Edition will be the first Android tablet to experience the new Twitter app and soon the app will be available on other Android tablets.

The new app allows users to run Twitter and another app at the same time. Besides, it comes with widget that brings Twitter content directly to user’s tablet and allows users to use Twitter as their canvas to create and tweet colorful illustrations, or they can also draw directly on photos from their photo gallery and share them. 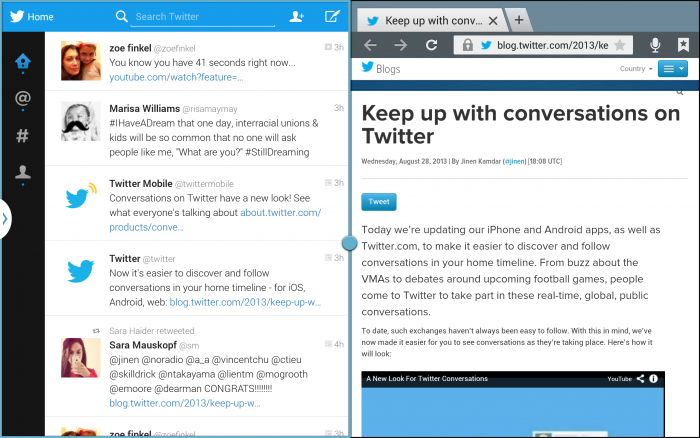