Wed, May 29, 2013: LINE PokoPang, a new puzzle game by LINE featuring the pink bunny Pokota and his animal friends to fight the monsters invading their village. The game players just need to draw a line with their finger to connect 3 adjoining blocks of the same color. The connected blocks will explode and fire veggies at the Monster to beat them. Just beat as many monsters as you can in the time limit of 1 minute.

The blocks can be upgraded to increase their attack power in order for the players to fire larger veggies which can cause more damage and then can defeat powerful monsters easily. Meanwhile, the players also can summon Helping Animals, such as lions and bears, and make them as buddies in helping to knock out the monsters with powerful tackles. 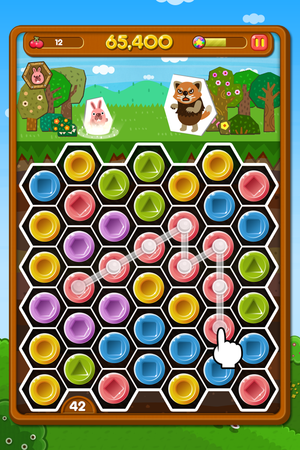 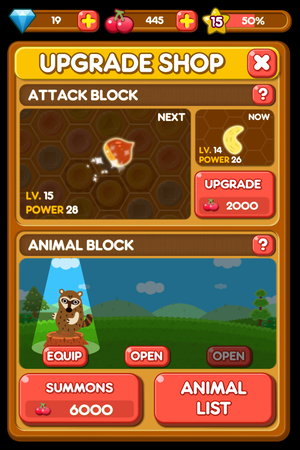