Aug 28, 2013 (Wed): Kaspersky Lab announces the release of the latest versions of its award-winning security solutions for home computer users. Kaspersky Anti-Virus 2014 and Kaspersky Internet Security 2014 boast enhancements to existing protection technologies, as well as a host of brand new features to ensure the highest levels of security for users’ PCs and their digital valuables.

According to the cloud-based Kaspersky Security Network, about 200,000 new malware samples emerge every day, compared to 125,000 just a year ago. Cybercriminals make millions of dollars by using malware, including sophisticated Trojans and phishing scams that hijack online back accounts and social networking profiles.

The price of poor-quality protection against these cyberthreats is not merely a daily bombardment of spam emails, or sluggish performance from a virus-ridden PC – the costs hit regular users squarely in their wallets. According to data reported by the Kaspersky Security Network, at least 7.5 million Kaspersky Lab customers worldwide were targeted by phishing attacks between April 2012 and May 2013. These scams, commonly sent through carefully crafted email designed to appear legitimate, attempted to steal online banking credentials and other critical financial details. However, since the Kaspersky Security Network only tracks Kaspersky Lab customers, the total number of Internet users worldwide who were targeted by phishing attacks is likely in the hundreds of millions.

In fact, according to a consumer survey conducted by B2B International in July 2013, 62% of Internet users experienced at least one attack related to online banking, shopping, or payment services during the last 12 months. Sadly, even after the fraud was identified, 41% of these victims didn’t manage to get their money back. To put those percentages into real numbers – according to various industry sources, approximately 700 million people around the world regularly use online banking. Even if each of the 41% of defrauded victims only lost a small sum of money, the stolen funds could easily total US$5-10 billion. In the fight against modern cybercrime, security solutions face a clearly-defined challenge: prevent these financial losses.

The new versions of Kaspersky Anti-Virus 2014 and Kaspersky Internet Security 2014, like their highly regarded predecessors, were specially developed with that requirement in mind.

Several innovative antivirus technologies have been added to Kaspersky Anti-Virus 2014 and Kaspersky Internet Security 2014, which significantly improve user protection. Both products now include Kaspersky Lab’s proprietary ZETA Shield antivirus technology, which performs an in-depth scan of files and applications running on the computer to identify malware that may hide deep within individual components of each program.

Kaspersky Lab offers further protection from emerging threats through its improved Automatic Exploit Prevention technology, which scans programs for behavior typically found in exploits – a type of malware that infects the PC through vulnerabilities in legitimate software. Automatic Exploit Prevention closely monitors programs that are most frequently targeted by cybercriminals – such as Java and Adobe Reader – to block cybercriminals from using unknown gaps in legitimate software to penetrate a computer’s defenses. By looking for suspicious behavior, Automatic Exploit Prevention technology can detect the most recent and dangerous threats, including threats so new that they haven’t yet been identified by antivirus vendors.

But threats don’t have to be new or sophisticated to pose a risk. Familiar threats like Trojan ransomware can block access to computers and demand payments to “unblock” victims’ machines, sometimes even when an antivirus solution is installed on the system. In many cases, users ignore the security warnings of their security programs and willfully install a program that imitates a legitimate music file, document, or other legitimate program, only to realize too late that the program was in fact malicious.

Now, thanks to the new Anti-Blocker technology implemented in Kaspersky Anti-Virus 2014 and Kaspersky Internet Security 2014, this ransomware is no longer a threat. If users of the new Kaspersky Lab solutions face a demand for payment to unblock their computer, they only have to press one simple key combination and Anti-Blocker will find and remove the malware completely.

Blockers are not the only technique used by cybercriminals to extract illegal profits from innocent computer users. Phishing attacks and Trojan programs designed to steal credentials for online banking systems are also among the most popular malicious tools. Kaspersky Lab’s Safe Money technology – first introduced in the previous version of Kaspersky Internet Security – has already proved to be an extremely reliable additional layer of protection for online financial operations. The technology has been improved in Kaspersky Internet Security 2014, including support for more web browsers, and a significantly expanded list of trusted online banking sites, payment services, and online stores.

Another major innovation in Kaspersky Internet Security 2014 is the unique Trusted Applications mode. This protects the computer by only allowing the launch of applications that are identified as safe to use. Thanks to the multi-level system which checks the legitimacy of programs and an intelligent system that can adapt to a particular user, this mode is capable of providing a very high level of security. The Trusted Applications feature is based on the extensive and constantly updated Kaspersky Lab Whitelisting database of legitimate applications. The database contains over 700 million unique entries with thorough descriptions of all popular applications including operating systems, browsers, image viewers, video players, games, and more.

For users with children, Kaspersky Internet Security 2014 offers improved Parental Control capabilities, which provide flexible controls over all possible scenarios in which a child might use the computer. This mode includes a set of default profiles that contain computer-use scenarios appropriate for different age groups, while still giving parents the freedom to modify these settings at their discretion. Parental Control allows parents to determine when and how long children can use the computer, which applications can or cannot be launched, and what information – such as credit card numbers and home addresses – should be blocked from being shared on social networks.

In addition to their numerous technological improvements, Kaspersky Anti-Virus 2014 and Kaspersky Internet Security 2014 have been optimized to ensure minimal consumption of PC resources. At the same time, thanks to improvements to the user interface, Kaspersky Lab protection solutions have become even easier to use. For the first time, Kaspersky Lab products have integrated socialization functions, allowing users to help their friends on social networking sites to make their computers more secure.

Nikolay Grebennikov, Chief Technology Officer at Kaspersky Lab, said: “The technologies found in Kaspersky Anti-Virus 2014 and Kaspersky Internet Security 2014 are the most advanced protection tools available, and are designed to protect the financial data and personal information that’s most valuable to our customers. Kaspersky Lab’s experts have worked tirelessly to develop proactive technologies like ZETA Shield and Automatic Exploit Prevention to prevent the most sophisticated and money-threatening cyberattacks users can encounter, and with innovations like Trusted Applications Mode, we’re making it easy for users to remain protected online.” 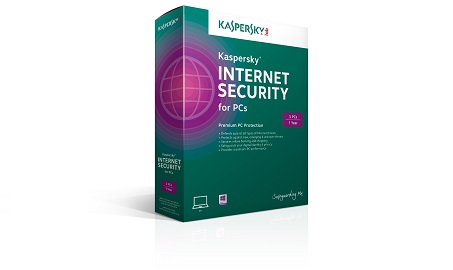