MALAYSIA: Kaspersky Lab has detected a new targeted attack against Uyghur activists which, for the first time, is based on a malicious program for Android-based mobile devices. The attack is designed and performed in a similar manner as numerous other attacks on Uyghur and Tibetan activists, but instead of relying on exploit-rigged DOC, XLS or PDF documents for Windows-based computers or Macs, it targets mobile devices. 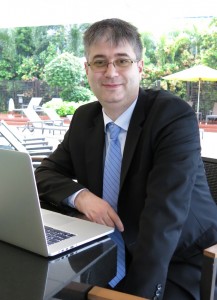 The Android malware used in the new attack steals private data from infected smartphones, including the address book and messaging history, and sends it to a command and control server. This attack is believed to be the first of this kind utilizing fully functional Android malware and specifically targeting mobile devices of potential victims.

The attack took place at the end of March 2013 and started with the hacking of an email account belonging to a high-profile Tibetan activist. The attackers used this account to send ‘spear-phishing’ emails to his contact list. The malicious messages targeted Mongolian, Chinese, Tibetan and Uyghur political activists, and had attached an .APK file containing a malicious program for Android devices. Investigation of this malware performed by Kaspersky Lab’s experts revealed that it was most likely designed by Chinese-speaking authors, judging by comments in the code and certain characteristics of the command and control server.

A detailed report by Kaspersky Lab experts is available at Securelist.com: http://www.securelist.com/en/blog/208194186/Android_Trojan_Found_in_Targeted_Attack.