May 27, 2014 (Tue): It hasn’t been such a long time since HTC introduced its flagship smartphone, the powerful HTC One M8. The M8 was a real success in the market competing with the strongest actual brands like Apple, Samsung and Nokia. Even that this smartphone is reaching its own peak in terms of sales and user experience, we have been hearing rumors about a Prime version of it.

This is something surprising from HTC considering the fact that maybe this will affect the actual sales of the HTC One M8. Maybe one of the reasons that affected the decision is the rumors about Samsung Galaxy S5 Prime. We don’t know yet for sure when the HTC One M8 Prime version will be released but we are very excited and curious to see what it can offer! It is said that this phone will improve the HTC One M8 with more powerful specifications and with an awesome screen. Just by this sentence we can already imagine that the price will be very expensive, but worth it for a device like that. 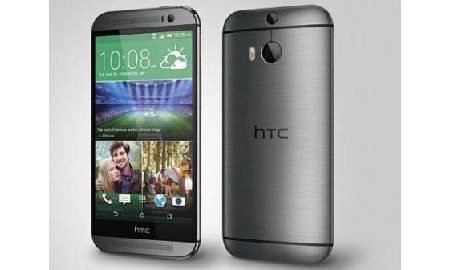 According to the leaked information, the HTC One M8 Prime will have a 5.5-inch QHD display which is an improvement from the previous 5-inch display featured by the HTC One M8. It is claimed that it will be powered by 2.5 GHz quad-core processor and will have a 3 GB of RAM. It is also reported that it will have an 18 MP lens with the same duo camera and 5 MP front-facing camera as HTC One M8. What is interesting to know is the HTC’s user interface. The One M8 is featuring a doubbed sense 6 and is expected that Prime will bring a small change featuring a 6.5.

If the rumors are true, this phone is expected to be released at the Q3 of 2014, anytime between June and October and may have as strong competitor the Samsung Galaxy S5 Prime and iPhone 6. Until then, we will stay updated with the latest news about this powerful smartphone!

#This article is contributed by Pierre Mongin of Pricepanda.com.my.