Google Wallet to take over Google Checkout after November 20

Wed, May 22, 2013: Google yesterday announced that Google Checkout only can be used by merchants to accept payments until November 20, 2013 as it transition to Google Wallet.

After the transition, shoppers can continue to use Google Wallet to make purchases on merchant apps and websites as well as Google properties, such as Google Play and Chrome Web Store by looking for the Google Wallet button.

Google Wallet is a payment system developed by Google that allows its users to store debit cards, credit cards, loyalty cards, and gift cards among other things, as well as redeeming sales promotions on their desk and mobile phone. 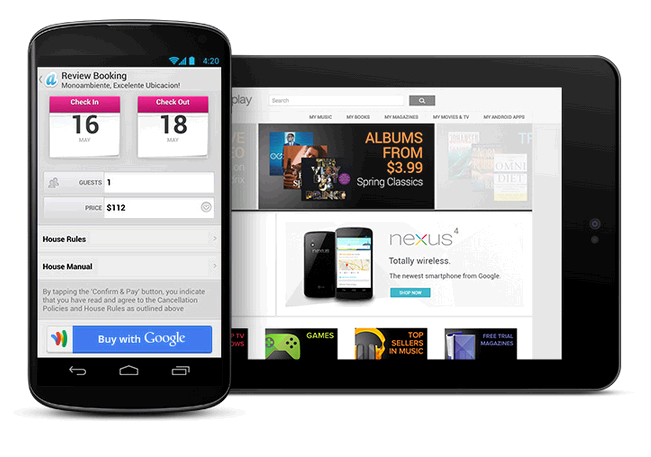 Buy on your favourite mobile apps and sites in as few as two clicks via Google Wallet. Photo: Google.