Dec 20, 2013 (Fri): It’s now the norm for people to offer best wishes for Christmas over Facebook and Twitter. As we get ready for the onslaught of Christmas-themed status updates, we should also prepare for a barrage of scams on social networks in the coming month too, Kaspersky Lab experts have warned.

In the lead up to this festive period, Kaspersky Lab has seen scammers trying to interest Facebook users with pages on PlayStation 4 offers, and on new Apple iPhones and iPads. There were even pages about an iPhone 8, which doesn’t even exist. Despite the unofficial-looking posts, many are falling for them and lending credence to the scam campaigns. One supposed Christmas competition offering PlayStation 4 consoles had received over 776 shares.

Here are some examples of Facebook scams to steer clear of this Christmas: 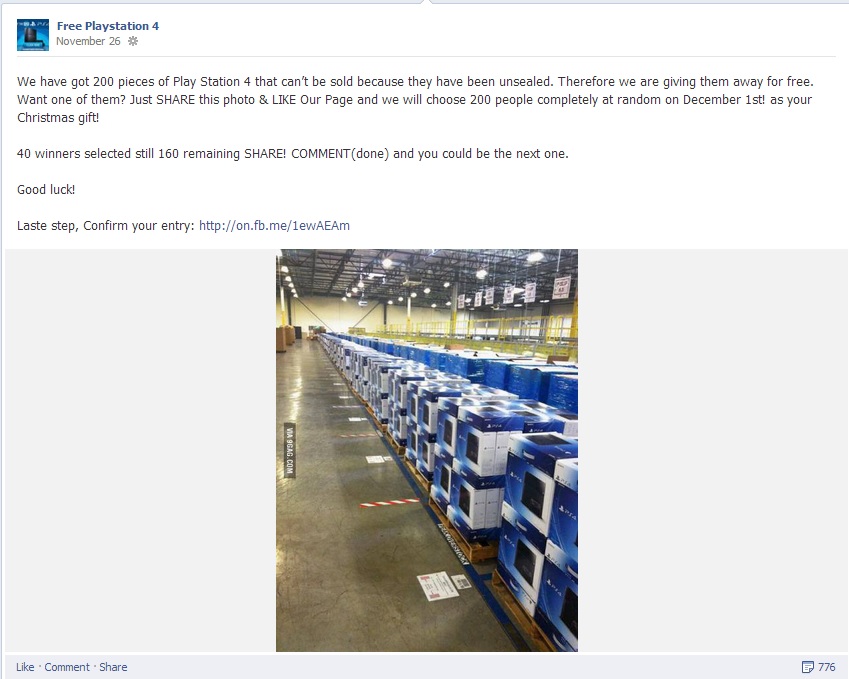 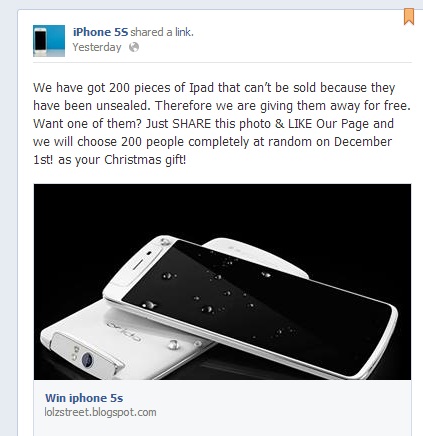 Whilst PC users are in greater danger from infection, mobile users, who will be messaging like mad over the Christmas period, are increasingly being targeted. Given the number of shiny new phones and tablets on offer this season, from the iPad Air to the updated Google Nexus lineup, cyber criminals will be frothing at the bit to exploit the new batch of mobile users connecting on Facebook and Twitter.

To keep your social profile and your personal data safe over the Christmas period, here’s some tips: