However, nine out of fourteen countries in the region recorded positive sentiment only when compared to the first half of 2012 including Malaysia which scored 71.2 Index points. Increase in the index point was only found in Indonesia (from 57.4 to 87.5) and the Philippines (from 65.2 to 78.8). MasterCard said the rising investment from both domestic and international investors is the main reason of boosting consumer confidence in Indonesia and the Philippines. This evidence proved that the ability to leverage domestic demand effectively can support economic growth in the context of weakened global demand.

The MasterCard Worldwide Index of Consumer Confidence is based on a survey conducted between 7 November to 23 December 2012 on 11,339 respondents aged 18 – 64 in 25 countries within Asia-Pacific, Middle East and Africa. 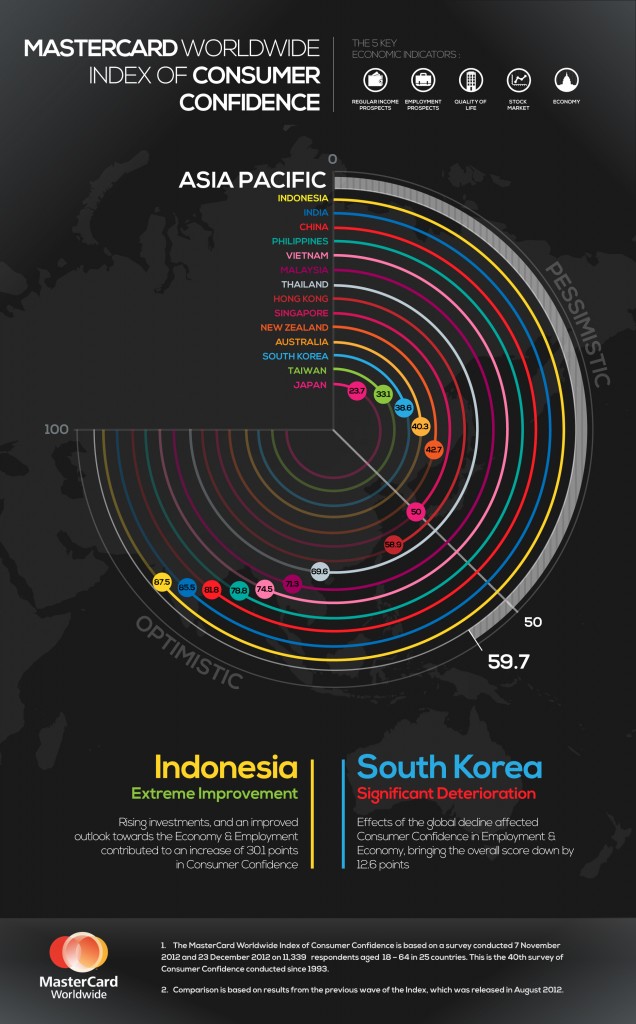