Kuala Lumpur City Hall (DBKL) is now allowing its contractors and developers to apply DBKL projects online via the ‘KUL Submission’ system which can save cost and time of the applicants, BERNAMA reported.

Mayor Datuk Ahmad Phesal Talib said that DBKL will take approximately one year to complete the transition from manual to online. The system was on par with those in several countries including United Kingdom, Singapore, Hong Kong and Australia, he added. 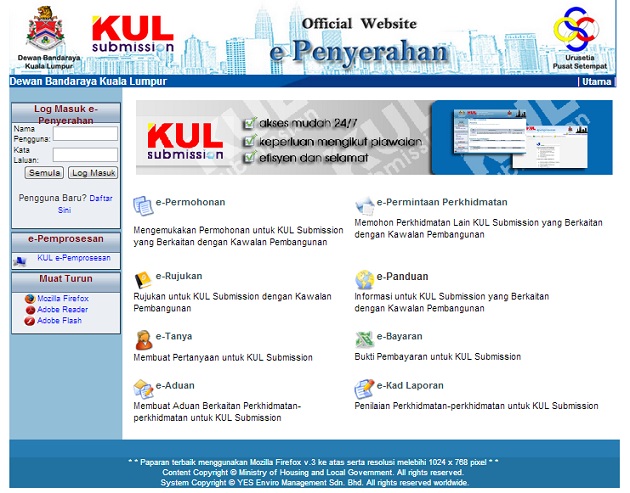