CIMB Bank has launched its revamped internet banking portal, CIMBClicks.com.my (CIMB Clicks) which will benefits its existing 3.6 million users with better interface design and user-friendliness. At the new portal, the users will experience lesser clicks to arrive at a service, can customize up to six shortcuts for their favorite transactions and activities for quicker access as well as to access CIMB online services including OctoPay.

According to CIMB Group’s Deputy Group CEO and Head of Consumer Banking Renzo Viegas, the revamped portal and the launch of OctoPay last month are the bank’s initiatives to maintain their 20 per cent year-on-year increase in new CIMB Clicks users. Currently, CIMB Clicks now has an average monthly volume of 3.5 million monetary transactions. 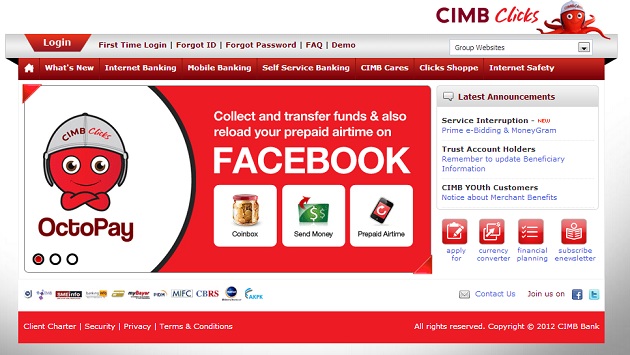