Berita Harian Website Has The Most Mobile Visitors in July 2014

The reports also revealed that more than half of Malaysian respondents have either an Undergraduate or Postgraduate degree and the second largest educational attainment level that Internet users hold is Secondary School with 22.4 percent. 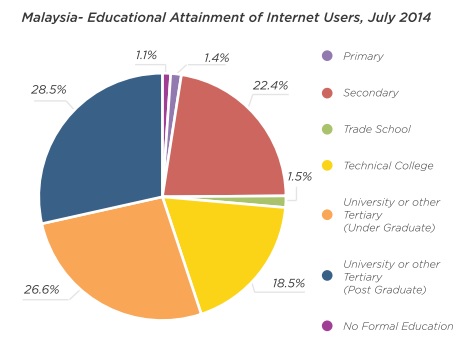 Effective Measure or EM also found that Lowyat.net was the most popular Technology and Computing website visited by Malaysian Internet users via mobile devices with unique mobile browsers of 279,205 followed by U.com.my (227,786) and Sanook.com (38,289). 64.5% of Mobile Malaysian Internet users accessing this category website were aged 25-44 years old.