Tuesday, July 23, 2013: Apple Developer Site, https://developer.apple.com/ is reported by many online sources about the site was hacked and had been offline since last Thursday but today is back to normal. Apple admitted the security breach via its statement but claimed all the sensitive personal information was encrypted and cannot be accessed. 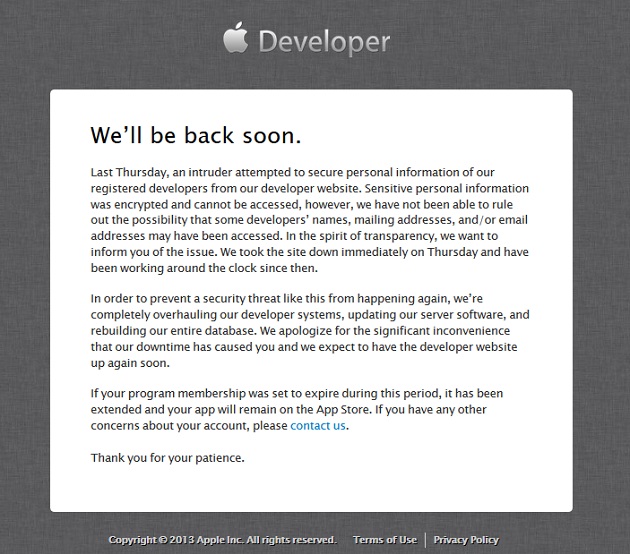 According to a report by the Guardian, a Turkish security researcher named Ibrahim Balic has claimed himself was the party behind the “hack” but insisted that his intention was to demonstrate that Apple’s system was leaking user information.