11street in top 10 of most popular Malaysian YouTube Ads

KUALA LUMPUR, 29 JULY 2015: “We meet again”, the second episode of a three-part series of thematic commercials from online marketplace 11street.my, has taken a top 10 spot in the coveted Malaysian YouTube Ads Leaderboard for the first half of 2015.

Starring Korean superstar Lee Min Ho and Malaysian upcoming actress Emily Chan, the commercial ad titled “We Meet Again” has garnered over 1.86 million views today, finds itself in the same league as commercials by companies like Malaysia Airlines and Maxis.

Wong Siew Lai, Vice President of Marketing for 11street shares that for the brand to be featured in this YouTube ranking, next to long standing brands like these is a big achievement, as 11street only launched in Malaysia three months ago. Since then it has grown to become one of the country’s largest online marketplaces.

The three-part thematic commercials themed on “Find What You Love at 11street” was launched in May. The ads – looking more like short films than commercials – were shot in Korea featuring a love story between a couple who is very keen on online shopping to bring the 11street brand closer to Malaysian consumers. An objective clearly reached, as is highlighted by the listing in the Malaysian YouTube Ads Leaderboard.

Sajith Sivanandan, Managing Director of Malaysia, Vietnam, Philippines and New Emerging Markets at Google says, “With the YouTube Ads Leaderboard, we want to celebrate the top 10 ads on YouTube that resonated most with people across a country over the past 6 months.”

“In this golden age of video, YouTube offers people a platform to connect, inform and inspire others across the globe. At the same time, it gives brands an effective way to interact directly with its target audiences. 11street’s debut in the top 10 of the Malaysian YouTube Ads Leaderboard is a positive proof that they managed to translate the brand’s value propositions into video content that appeals to their audiences,” Sivanandan adds.

Wong further shares, “From a brand building perspective, this is a milestone achievement for 11street and we are very humbled by the amount of support from Malaysian consumers. Our being on the Leaderboard is particularly important as it means we succeed in reaching the people with entertaining content while encouraging them to shop online. It will also trigger us to publish even more exciting video ad to Youtube going forward.”

In the “We meet again” ad, the interplay between 11street’s Brand ambassadors Lee Min Ho and Emily Chan, showcases not only 11street’s brand values of trust, convenience and competitive pricing but also highlights the large variety of products and the convenience of buying online against the backdrop of a romantic relationship that is starting to blossom. Every episode ends with the tag line, ‘Find What You Love at 11street.’

Globally, YouTube attracts more than a billion viewers every month. The YouTube Ads Leaderboard showcases the most popular ads that people watch using an algorithm that factors in paid views, organic views and audience retention determined. Other most watched ads listed on YouTube Leaderboard include commercials from Tesco Malaysia, Tenaga Malaysia and Nestle Malaysia. 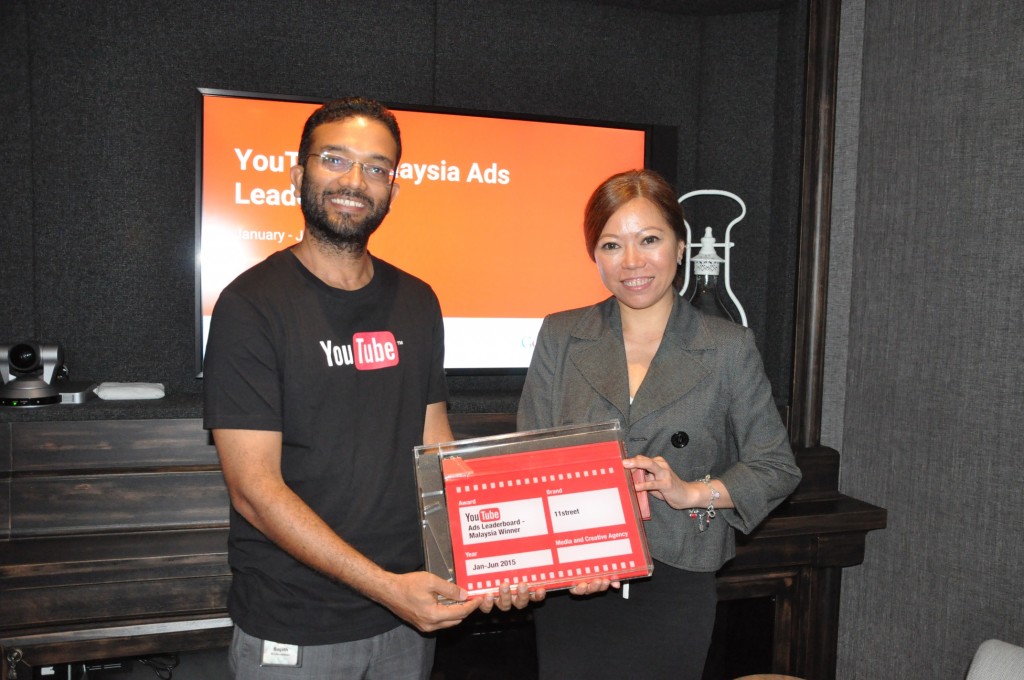